Yes I know. The title of this post is a bit sensational (made you click it doh) but it’s a good starting point for today’s discussion.
I’m gonna talk to you a bit about what’s been happening with Jamaica carnival and  what I HOPE happens as we move forward. 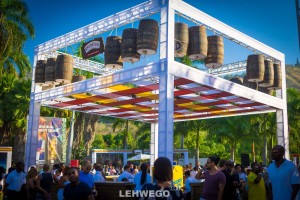 As little as 6 years ago the Jamaica carnival landscape was a barren desert with only a few fete oases for the parched reveller.
Bachannal Jamaica had its weekly Friday night fetes and beach jouvert and the week of carnival we had blocko on the Thursday, bacchanal jouvert the Friday and bazodee on the Saturday. That was basically it (forgive me if I forgot any of the other small fetes that may have been happening).
The road was a blast, as much fun as it still is today, but the most expensive costume (frenchmen at the time) had a grand total of 3 plumes….. Literally, a bikini and 3 plumes.

Then came the new crop of soca fete promoters led by the promoters of “I Love Soca” on Carnival Wednesday, and Lehwego started offering wire bras and collar upgrades for the road.
A few years later we have multiple fetes almost every day of the carnival week and our costumes have improved SO dramatically I’m already quivering with anticipation for next year.
The number of Jamaicans exposed to and liking soca has increased dramatically and this year we had several fetes with over 2000 people and the road march was the biggest in many years according to bacchanal. 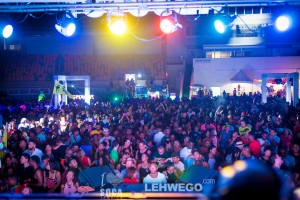 This has also resulted in fetes from Trinidad taking note of our growth.
Competition within Trinidad is fierce with so many fetes to choose from.  A brand name fete can easily create a buzz and draw good crowds by coming to Jamaica.

Well in general I don’t have too much of a problem with this as long as a few criteria are met. I think we are still figuring out our unique identity as a carnival and it’s important to not stifle that. So plopping a huge internationally known fete down in the time of a local promoters fete is a no no in my books. I also think promoters coming in should make the effort to touch base with local promoters to work on things like times and dates.
It must be dismaying for local promoters to spend years developing your local carnival only to be squeezed out of that carnival by foreign competition who now deem your carnival worthy. 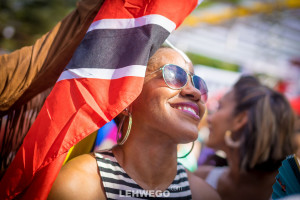 Truth be told, most of the new foreign fetes have to varying degrees done the right thing and most (four) are now centered on or around our carnival Friday.
It’s at the point where I can dub it foreign fete Friday.
And that’s fine by me.
The big foreign fetes catch the eyes of foreigners who may then give Jamaica carnival a try and thereby grow the pie from which we all cut slices. That’s a good thing.

There are a few other points to make tho…

It’s important to support and foster our local promoters. . They created this product that we love and they are the ones that will stick it out and weather the storm if things get rough.
Imagine if the government makes a policy that makes it less profitable to throw fetes here.
I’m pretty sure “foreign fete Friday” would become “sit at home and wait for Saturday” Friday. And that’s only natural. Foreign promoters don’t have a social investment in our carnival like local promoters do, or like they have back in Trinidad.

So if we only support foreign, in the future we could see an exodus as rapid as the influx leaving us in the barren desert once again! 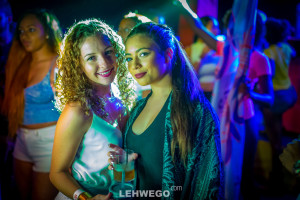 It can’t all be on the revellers though. Revellers will naturally go where the fete is best. Where they get the best vibes and value for money.
Local promoters MUST step up their game to survive against internationally known brand name fetes.

So it’s time for local promoters to really compete with world class products or go the way of the dodo. I for one KNOW we can throw world class fetes here and have absolute confidence. 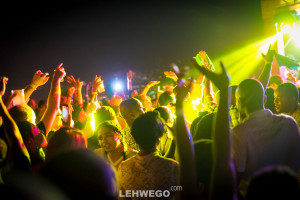 So in summary, while we still have a way to go to really Forge our own identity as a carnival destination (not just a little Trinidad carnival ) we are now at a point where local promoters must expect more and more competition from outside and must prepare for that. We the public must support the local fetes that are worthy for the sake of the longevity of carnival in Jamaica.

This all goes to say keep a balance. Foreign fetes have a role to play IF they help grow and enrich our carnival experience and not stifle our local identity.  Our local fetes are however really what make our Carnival…. Well,  Jamaican.

What are your thoughts?