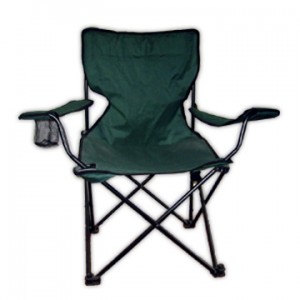 It’s 2012, and clearly I’m a little behind the times, but better late than never I always say. This Crop Over, I made one investment which I don’t think I’ll ever regret. I bought myself a folding chair. You know, the ones that fold right up and you can tuck it away in a bag with a strap. You can carry it anywhere and it has a drink holder (or 2) to the side. I have often seen them used at rally, but since I’m not a big rally fan and have never been, I never understood the fascination. However, having a folding chair in the trunk of my car has now become a must. Feting/liming is something of a contradictory exercise in maintaining the economy of energy while managing the expense of energy. It hardly bespeaks “swag” to be standing for hours on end when you have to take a break from dancing or just want to take a drink break; especially if you’re sweating, blowing hard or otherwise clearly spent. 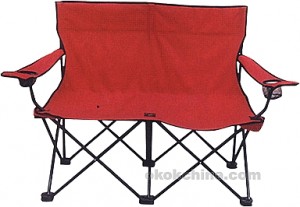 It’s also not particularly cool to stand about just twiddling your thumbs waiting for the action to start. There will be lulls and this is where the folding chair’s convenience and comfort particularly come in handy. Nothing says cool, calm, collected and prepared like breaking out your folding chair and just lounging while you take in the scenery (I probably sound like a salesman right about now). There will be some occasions in which a folding chair will be surplus to needs and even inappropriate. Such occasions mostly include all-inclusive fetes of a highly “exclusive” nature. You wouldn’t pull out a folding chair at Bliss, for example. Well, you could, but it would take some balls to do it, I think, if the security decided to let you in with it in the first place. However, I would recommend walking with one to most outdoor fetes or limes, especially if held during the day, especially if held in areas with lots of greenery or where seating is likely to be scarce or where there is a lot of space. Especially appropriate when the event is of a particularly casual nature, as quite a few events are. In such settings, a folding chair is hardly ever out of place. I know this because I’ve conducted the experiments to prove it. 😉 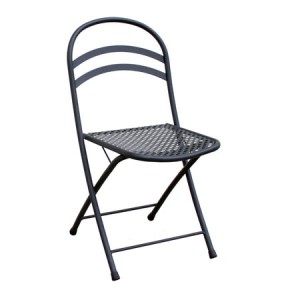 Break out the chair and have a seat?