The couple that plays with each other…

It takes a brave man (and woman) to decide to play mas in the same band as his partner. Carnival is the time of freedom. Where you let your hair down, dance and wine on anything and everyone. No strings attached. Very few people, and guys I have to shine a light on you here, are comfortable enough with seeing their partner ‘surrendering’ to some stranger on the street and not feel any way about it. From the stories I’ve been told, relationships have ended on the road because ‘he’ was wining with ‘her’. Individuals involved spend more time worrying if their partner can see them and if it’s ‘safe’ than actually enjoying themselves on the road. The risk and stress of doing this is hardly worth it.

Now, I KNOW that quite a few people will say “if you trust your partner…” you shouldn’t have a problem. While I agree with this totally, the words and the actions are two different things. It’s very easy to say “I trust him”, but NOT nearly as easy to not bat an eye when he’s attacked by a scantily clad female with the body of a goddess, ready throw it back on him. Likewise, show me the man that is perfectly fine with seeing his wife, girlfriend, whatever enthusiastically pushing back on a tourist with the body of King Leonidas himself. 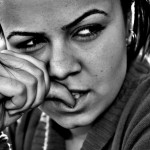 This category can be just as troublesome as the category above. While you may FEEL free from watchful eyes on the road, I guarantee you that you’re not. There are almost always eyes watching. If not an individual, then a camera. With the advent of camera phones, bbm, twitter and facebook, if you so much as whisper to the ‘wrong’ person, rest assured, before the day is over, your significant other will know about it. Not only will you have to answer the question of WHY were you doing X with Y, but you will also have to face the guilt that while you were out doing ‘god knows what with lord knows who’ HE was at home ‘behaving’.
It will take a lot of effort, skill and swiftness to ensure that you’re not caught in a compromising situation.

So, unless you’ve built up enough good will (we’ll discuss this in a later post), then think long and hard before you decide to play mas alone and leave your significant other at home. It might actually be better to either play in the same band, or not at all…. 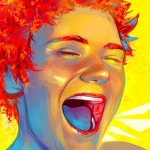 BY FAR (in my opinion of course), the safest option is to play by yourself. Now, before you assume it’s because I/we/he must be up to something. Hear me out. After the scenarios above, it should be clear that by playing by yourself, not just separate sections in the same band, but separate bands all together, you’re removing the stress and worry. You don’t need to be worried that you’ll catch your partner in a rather questionable position, or worry that you yourself will be caught wining on the ‘wrong’ person. For those 12 hours, over 2 days, you can be carefree. Wine on anything, everything, everyone, or if you choose no one. It’s entirely your choice how you want to enjoy it. No need to sneak a glance at your partner to see if he approves of the guy your dancing with, or ask your wife if it’s ok if you dance with her.

So, guys and girls, don’t rule it out entirely. Think about it. Playing mas apart might just be the best time of your life! Remember, the couple that plas mas apart, stays together!

So, would you play mas with YOUR significant other?

2 thoughts on “The couple that play mas apart, stays together!”