The year 2012 was very special for Jamaica, as the Land of Wood and Water celebrated 50 years of independence. In honour of this great achievement,
Smirnoff Dream Weekend was extended to 6 days in order to accommodate the thousands of patrons flying in from Canada, USA, UK and from as far as theNetherlands to participate in the grand celebrations. What was once just a weekend of events is now officially a week long series, making it the largest
music festival in the Caribbean.

Coming off the heels of another successful year for the festival, The DreamTeam says the anticipation for 2013’s staging is higher than ever! They sum up what to expect for this year as follows: 6 star-fuelled days, 10 super events, and exceptional service delivery with world class execution and production second to
none. It’s time to take it to another level. 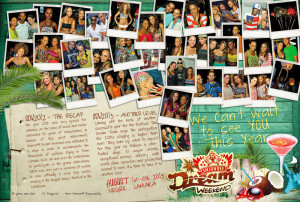 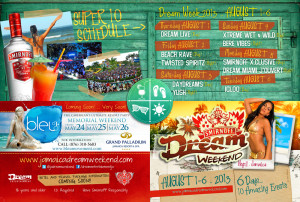