Jamaica is the birthplace of reggae and dancehall music.  We are world renowned for it and as a Jamiacan I am proud of that heritage.

I am also a socaholic.  I make no apologies for that.

You may think that as a socaholic things would be pretty rough for me and my fellow carnival addicts the 10 months of the year that carnival is not in the air here.  Well, thankfully, soca can be found if you look.

After our carnival in April, Jamaica (like trinidad) converts solidly into dancehall.  The summer series of parties such as the MASSIVE party weekend in Negril showcase the best dancehall has to offer.

Its not till around September that the soca slowly starts to creep back into the party landscape.

We used to have a soca fete called BOOM which was affiliated with tribe where we could buy tribe costumes but that is now gone:)

Now we have the Water party, which was pretty damn fun, but had a rough crowd.

October also has Frenchmen…Arguably one of the best fetes in Jamaica.

A few new fetes are in the works this year:

**Soca vs Dancehall.   This all inclusive fete will showcase the best of both worlds

**I love Soca.  From the promoters of the WATA party  comes this more upscale fete late in december.

**The Water party will also come again even bigger on January 1.

**At this point Jamaicas annual carnival series “mas camp” fetes will start and take us straight to trinidad carnival.

After trinidad we lucky Jamaicans return to the heights of our carnival season including an amazing (beach house like but smaller) fete called BAZODEE and then our road march a month and a half later (when our sunburns have finally healed).  Being a veteran of both Jamaica and Trinidad let me tell you that if you are a true socaholic you will finish the road in trinidad and immediately book a room for Jamaica carnival weekend.  Its affordable and though shorter its JUST as sweet. 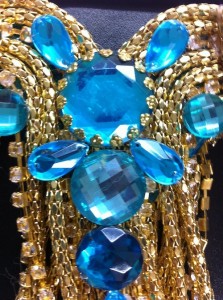 The background machinery of Bacchanal Jamaica is starting to warm up and Lehwego will do our best to bring you the sneak peeks and  behind the scene coverage first.

Here is a taste of whats to come for Jamaica carnival.

In the coming weeks Lehwego will bring more news, reviews and videos of all your carnival news.  Stay tuned!