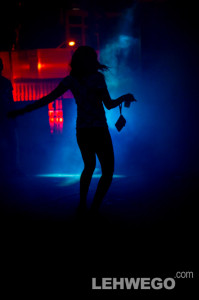 I have so many thoughts jumbled in my head about this party, but don’t worry they’re like 99% good. So I figure I should tackle this in a deconstructed way. My opinions on Rewine might be different from other persons who went because I’m possibly going to make some bold statements. So let’s get to it :

Venue was the same but totally transformed , it goes to show what a lil asphalt can do. If you remember last year where it was just a random plot of land in the middle of New Kingston. There was steel coming out of the ground, that I was sure was gonna kill somebody eventually. Not to mention the dirt that was surely fogging up the place and our lungs. But this time around the venue got an A+, the ground was paved the tents were put up in the right areas, the bars were positioned correctly and just overall there was rightness in the universe.

I dunno if this was a good thing or bad thing for the promoters, but I know it was good for me, the party was not full to capacity. This was one of the greatest things of the night for me. Not to say it was empty, far from it, but there was enough space to back off and take a breather. It felt good to go absolutely crazy and not have to worry about mashing nuhbody cawn lol. The bars were put in in easily accessible places, even though it’s not like the venue was huge, but the places were strategic. You could just walk up to the bar get a drink and leave, everything was easy to get to.

The crowd was clearly awake from the get go. People were dancing having a good time, it’s clear what they came out to do; get that Soca fix. They were singing and chippin’ to the oldies and bunxing to the latest. All I know when the DJ said ‘IT’S TIME TO FOG UP THE PLACE’ the place turned into a mad house, powder was flying everywhere (they were giving out powder closer to this time, even though some patrons brought their own jumbo sized bottles) people were fogging up the place, my hair kind looked like Rogue from X-Men. The crowd was definitely enjoying themselves.

The promoter’s of Rewine got it right for me with the mixed drinks they had, there were options to suit everybody. I was inebriated quicker than at any party I’ve been to, due in part to the mixes tasting damn good. With the vodka in my veins I was in the perfect state of mind to enjoy the following 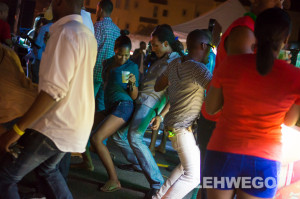 Let’s get to what DEFINITELY made Carnival Rewine a success. There was never a dull moment! When I got there Dj Richie Ras and Kurt Riley played some oldies but certainly goodies…faluma ding ding ding *wines up body*…oh, got a lil bit carried away there. They tugged at our heart strings with every selection! They played songs that I didn’t even hear/barely heard during the season like “Wickedest Wine”. They played a good mixture of all the years, there wasn’t a heavy concentration on 2k13 songs or even 2k12, it was very well balanced.

Also, another great point is that, there was no heavy repetition of any song. The cow didn’t wake up 50 times, we didn’t die of fog inhalation and certainly didn’t die from the bunxing. We were kept on or toes the entire time, listening out for what the Djs would draw for next and we were never disappointed. If you managed to not dance at this party you were not there to party.

This is where people might call me mad or inebriated. But I came to the following conclusion using simple logic. Carnival Rewine was better than any Bacchanal Friday I went to (excluding the performances of course). Simple logic. I often had complaints about Bacchanal, Rewine I barely had any if any, that must mean it was better. You could say I feel like this because of Soca withdrawal BUT if you compare them, on each of my previous points, Carnival Rewine wins. I hate to do this right now, but I have to prove it to you. Drinks; better. Music; better. Crowd & Atmosphere; better. Therefore it is better.

I enjoyed myself totally, I danced till my chest hurt and I still went on. This is the kind of party I like, good vibes, good music and good people. I don’t think I can explain how I feel effectively; I’m still hopped up on adrenaline and I’ve slept for 6 hours. I’m ready to go back, why is it over? 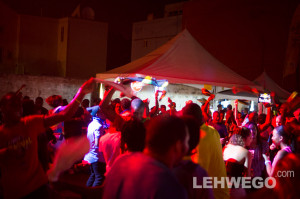