Carnival in Jamaica for 2017 is going to soon start creating waves in the carnival universe.  Big (and I mean big)  announcements are gonna start dropping left right and centre in the next 30 days.

So next year a lot of people are going to make the trek here for our carnival for the first time, and I am here to help.

Today we will be discussing a few differences between Trinidad and Jamaica carnival because ours is not exactly the same as theirs. The differences,  though relatively minor,  are important to know. 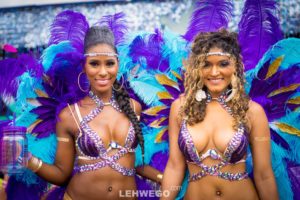 From its inception, carnival in Jamaica has cherry picked the things important to us here locally and left the others. Mas is not in our DNA and things like telling a story with mas or the usual traditional Trinidad mas characters simply don’t fly here. The theme and names of great costumes are simply a convenient way to distinguish between the costumes. In Jamaica its more about the beauty of the costume and fun on the day rather than the storyline behind it. 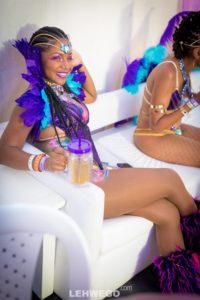 In Trinidad it’s quite common to spend over a thousand usd for your costume and end up sitting on a patch of dirt in a park near some shade (that’s taken already)….OR ….. trying to squeeze a kotch on the corner of a square of cloth on the ground the band provides for the masqueraders (you who have never been to Trinidad may think this is a joke).

In Jamaica, amenities are king. Even the most basic sections will supply you with a chair to rest your weary bones on and Frenchmen has for decades provided top class amenities at their section of the lunch spot.  In the last few years things have been kicked up a notch with the emergence of private sections like LEHWEGO and SLEEK. The standard has been raised and other sections are pushing envelopes as well. Overall the level of amenities you get (Especially at lunch) is much higher.

The parade starts and ends at the same spot

One thing that really threw me when I went to Trinidad carnival for the first time is the fact that (at that time) the parade simply ended at a certain time.  And even now it ends at a different location than where it starts. This can leave you lost like a puppy if you didn’t expect it. In Jamaica things run a bit differently.  You start and end at the same location. So you can park with confidence… You don’t need to walk around in the middle of the night looking for where you parked begging strangers for help (but I digress) 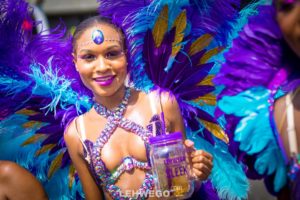 Jamaica has simple tshirt sections at a reduced cost allowing you to take part, in the case that you are just testing the waters of carnival or you are doing the road on a really tight budget.

Carnival in Jamaica has the perfect balance between crowd and space.  You have space to move around, to have your photo taken by MANY photographers and to have fun.  It never gets to that state of discomfort that some large trini bands can reach…..at least not yet:)

There are MANY more differences that I hope to hear from you in the Facebook comments.  Let me know what differences you see.

@stadicmusic .....this is the combo we all want to

There's a joy in setting up a party knowing that y

Didn’t get the chance to secure your XAYMACA ROA

WE HAVE ONE BIG BAD TRUCK ON DE ROAD!💥🙌🏾