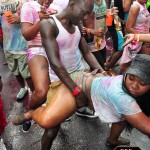 I have to admit… I DIDN’T WANT TO GO but I decided what the heck. Lemme test out this fete. It took me a while to warm up the idea of Jouvert Jamishness. Even after all the good reviews from previous years I was still “eh” about it. Then, just as I am getting a little fever for it, the bacchanal start. Last minute venue change, then time change, then time change AGAIN. Now I’m back to square one. NOT WANTING TO GO. Ah mean, who goes to a jouvert fete at 11am…inna di day? The whole way over to the fete I was grumbling about time an ting. But somewhere along the road the excitement set in. Not sure if it was being with the girls on the way to meet up with the rest of the crew, or the shots…ahem… of spiced rum , or Rookie locking her keys and wallet in the car and us climbing into the trunk to try to maneuver a ting to open the lock ( which worked)… or the wardrobe malfunction that was handled on the street corner. But something clicked and the excitement was back. 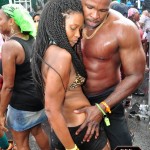 The minute we walked into Jamishness it was just that JA-MISH-NESS. No issues getting through the door (for me at least). You walk in and already you wet up with colors. Paparazzi for days… (mi ready fi di camera light). The fetters out numbering the socialites. Henney at the bar (I heard some talk about the Johnny W being late but I was already nice so I can’t complain about that). Not one fight (that I witnessed). The music was on point (though I could have used a bit more reggae…I didn’t bruk it down enough). Men SHIRTLESS. And being with the RIGHT crew. 5 minutes into the gate I had already deemed it the BEST FETE of my SUMMER and told Rooks that I was coming back for it EVERY week. 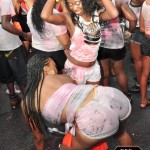 Anyway…I just wanted to give you a small piece a di action an mi tiyad now. But if you are in NY next year I suggest…NO I DEMAND you attend this fete. You wont be disappointed. 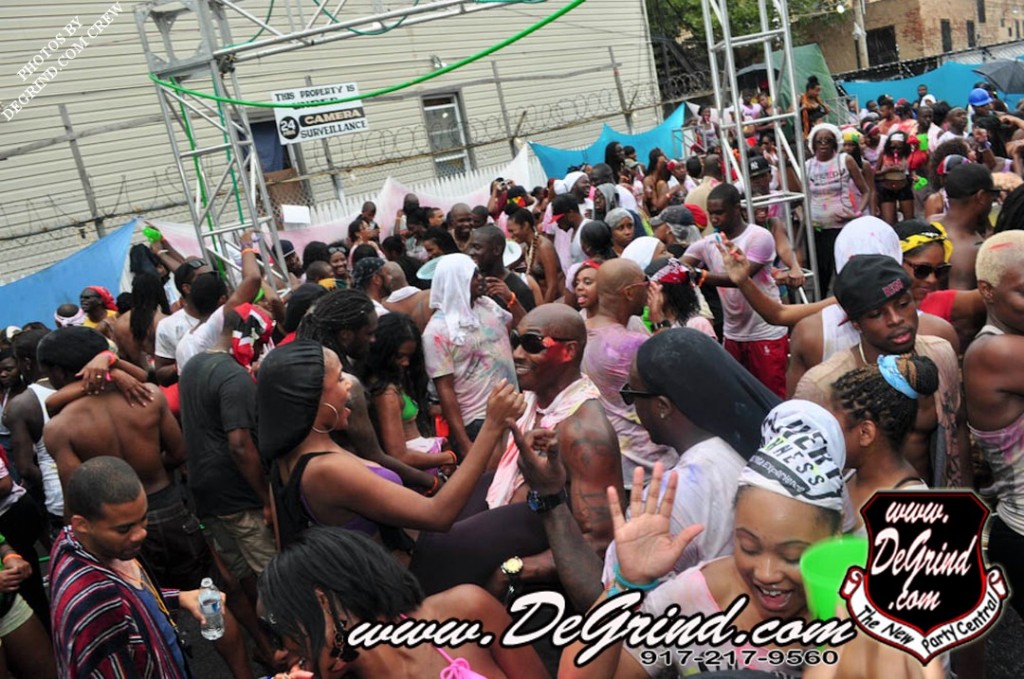 Whoever said ” A little wine never heart nobody” is a damn liar!  Well here I am the morning after and mi knee mashup and there is a mysterious cut on my finger. STEUPS!

Do you love J’Ouvert?

Thanks to DeGrind.com for the photos