After rushing home from Bliss we quickly hurried DEEP into the Bajan wilderness to reach what we expected to be another fantastic edition of AMbush.

After parking at the designated meeting point we were bussed several minutes drive to the Jouvert meeting point deep in the bush. The crowd was young and vibrant with a heavy Trini presence but lots of Bajans as well.
Dei musicale played the music….we danced! The music was top notch of course, but I think just a few too many Trini soca tunes played, given the quality of this years cropover soca. 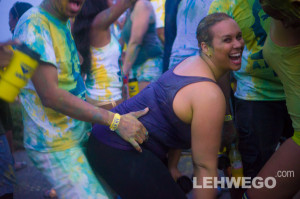 Soon we were all soaked in paint, filled with rum and pelting waist.
The vibes were just right as the sun rose that morning. 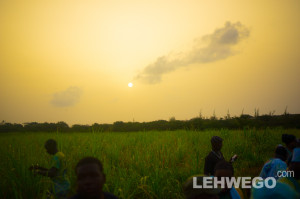 As usual Caesars army threw in a little twist with a water spray segment to the road, allowing the army a chance to cool their bodies. The water brought the vibes to a fever pitch as we realized we were past the half way point.

At the end we had a short performance by someone….didn’t matter much who it was cause by that point EVERYTHING was BRAWTA  (I hear the performers name was Verseewild).  And then there was a well appreciated breakfast of doubles and soup.

Overall, another excellent holding of Ambush by Caesars army.

They are tried tested and proven and where they go I shall follow. 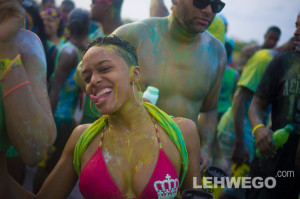 Take a look at photos here!

Somewhere in the back of a fete. #LEHWEGO

Caught up in the moment. #LEHWEGO

Keeping focused on the bright side of life. #LEHWE