As a I mentioned in a previous post, Dragon Fly Mass Band has already launched and you can see pictures of their offerings for Kadooment 2013 on their Facebook page here. UPDATE. See photos of their designs here

Following quickly on their heels is Fantasy Barbados, with some sneak peaks of their designs after announcing that they will be launching on 23rd April: see their costumes here 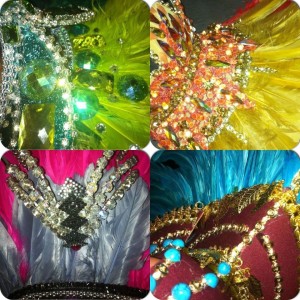 It looks pretty enough and has peaked my interest for the launch. Fantasy is only in its 3rd year, but seems to be positioning itself well thus far to be considered an option.

Also, take a look at Zulu International new kid on the block!