Carnival is made to be captured in photographs.  I have learnt that using your memory simply doesn’t cut it.  After a while it’s all a blur.  Eventually you will want to get a good camera to capture it properly!

Well recently I took the plunge and bought a better camera.  My trusty Panasonic LX5 has served me well (and will continue to do so) but I feel it was holding me back in terms of some of the low light photography and wide aperture shots I wanted. 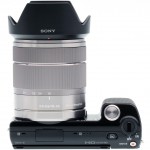 I decided on a Sony Nex 5n .  It has the right combination of small size and good image quality I need.

I also got an optically stabilized 50mm f1.8 lens for those bokehlicious shots I love to see.  For those of you who don’t know,  when buying your new camera look for those with the smallest f-number on the lenses. The lower the number the bigger the opening for light to enter the camera and therefore the brighter and sharper the night shots will be.   Even if you only use the camera in the day you still want a camera with a low f-number on its lens.  This is because low numbers give better bokeh, that beautiful background blurriness  that makes your subjects the centre of attention in your photos.

I have been able to put the camera through its paces in the last few days including an excursion to a party to test out its capabilities and here are my thoughts.

The Nex5n is an absolute winner in bright conditions. The kit lens gives the fastest performance and most consistent focus and exposure. In daylight the 50mm f1.8 is a bit slower to focus when wide open and close to the kit when the aperture is slightly narrowed.  The shots with the 50mm lens look amazing with lots of bokeh.

Even in dim light eg. a poorly lit room, the f1.8 does well. Coupled with the excellent sensitivity of the body, handheld shots where actually brighter than what my eye could see even without long exposures.

The (massive) problem is when the light dips below a certain threshold.

Really dark scenes cause badly missed focus CONSISTENTLY (google contrast detection auto focus).  Also a 50mm lens is about equivalent to 4x on an average point and shoot.  This means that in a cramped party I was too close to the people I was photographing.

I hope to rectify this with a light I bought for the camera (yes I will have a “video light”).  A video light tends to bring out the stripper in some people and annoyed curses and middle fingers in others.  I will have to wait and see which one I get more of.

For now I am still learning how to get the best out of this camera…especially at night.  If you like to take photos as well look into buying this Nex or either a micro 4/3rd or other mirrorless camera.  Canon will release a new line similar to the nex in around October.  See below for the canon promo video